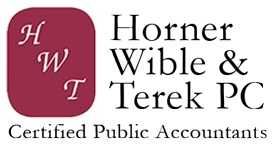 We offer a broad range of services to help you secure a sound financial future. You've worked hard to get where you are. You deserve a firm that works hard for you.

Are you running your business at peak performance? Call on us to increase efficiency, stay in compliance, and boost revenue and profits.

Don't pay more in taxes than you have to! Take full advantage of all deductions and credits with our tax planning, compliance, and preparation services.

Since inception in 1983, the firm has grown in a steady and predictable manner. The growth can be attributed to our tradition of excellent service, technical expertise, and creative thinking to meet the needs of our clients in today’s complex financial environment.

Our experience, combined with the outstanding academic credentials of our partners and staff, allows us to offer the expertise of larger firms without compromising the closeness and personal care, which is inherent in our approach and style.

Our reputation is based on the quality of our service, our commitment to build strong client relationships, and our ability to provide personalized service with individual attention to your specific needs.

Whether you require individual tax planning, need to secure financing, structure a business merger, computer software, or an audit of your company’s financial statements, Horner, Wible and Terek, PC can help you achieve your goals.

The firm maintains a system of quality control as described in the Statements on Quality Control Standards issued by the American Institute of CPAs (AICPA). The system has been designed to provide the firm reasonable assurance of conforming with professional standards in all material respects. The firm undergoes an external peer review every three years. This process includes the expression of an opinion by an independent, AICPA-approved peer regarding the design of the system of quality control and the firm’s compliance with its system of quality control based on the review. Our most recent peer report is attached below.

Horner, Wible & Terek, PC was founded in 1983 by the merger of the two successful proprietorships of David E. Horner and C. Edward Wible. Dave started his practice in 1971 and Ed in 1975. Dave and Ed are both retired.

In 1990, the firm promoted Barbara A. Terek to partner. Barbara began her employment with the firm in 1984.

In 2006, Matthew D. Horner was promoted to partner. Matthew began his employment with the firm in 1999.

In 2014, Robert K. Bulloch was promoted to partner. Robert began his employment with the firm in 2007.

Barbara Terek, CPA graduated from Clarion University of Pennsylvania in 1983 and received her CPA certificate in 1986. Barb’s primary responsibility is to the nonprofit and governmental division of the firm. Barb is a member of the AICPA and PICPA. Barb’s email address is barb@hwtcpa.com.

Matthew D. Horner, CPA graduated from Indiana University of Pennsylvania in 1996 and received his CPA certificate in 1999. Matt’s primary responsibility is to the accounting and tax division of the firm. Matt is a member of the AICPA & PICPA. Matt’s email address is matt@hwtcpa.com.

Robert Bulloch, CPA graduated from California University of Pennsylvania in 2007 and received his CPA certificate in 2010. Rob’s responsibilities include both the accounting and tax division and the non-profit and governmental division of the firm. Rob is a member of the PICPA. Rob’s email address is rob@hwtcpa.com.

Ashley Holsing, CPA graduated from the California University of Pennsylvania in 2007. Ashley joined the firm in 2010 and received her CPA certificate in 2012. ashley@hwtcpa.com

Aaron Shoemaker, CPA graduated from California University of Pennsylvania in 2011. Aaron joined the firm in 2013 and received his CPA certificate in 2013. aaron@hwtcpa.com

Christin Mitts graduated from California University of Pennsylvania in 2018. Christin joined the firm in 2014. christin@hwtcpa.com

Carolyn Frye, MBA graduated from St. Vincent College in 2002 and received her MBA from Seton Hill University in 2012.Carolyn joined the firm in 2017 carolyn@hwtcpa.com

Karen Hudec is the office manager. Karen joined the firm in 1977. karen@hwtcpa.com

Lisa Myers graduated from Bradford School of Business in 1987. Lisa began her experience in corporate accounting in 1987 and joined the firm in 1988. lisa@hwtcpa.com

Hayla Parker graduated from WCCC in 2021 with an associate degree in Office Administration Technology. Hayla joined the firm in 2021. admin@hwtcpa.com

"You guys rock! The service was excellent. Thank you for making it painless, pleasant and most of all hassle free!"

"I have gotten at least 50 times the value from Horner, Wible, & Terek, PC. Thanks for the great service. It's exactly what I've been looking for."

"Thanks guys, keep up the good work! No matter where you go, Horner, Wible, & Terek, PC is the best, most professional Accounting firm around! I'd be lost without them."